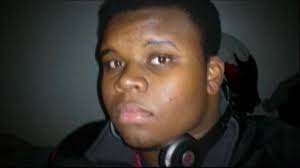 For the last few days, I have made an attempt to remain silent on the events in Ferguson, Missouri. I assumed if I stayed logged off and ignored the news, I would some how be able to bypass the responsibility of exploring my feelings. Then it happened. I googled the name Michael Brown, and I saw the young black man that was gunned down and left to die by a police officer. I saw his picture and began to have flashbacks of  my old neighborhood in Little Rock, Arkansas. I started to remember how cops would randomly stop the guys in my neighborhood and harass them for absolutely NO REASON. I had flashbacks of the terror in my male friends’ eyes when a cop would pull his baton to “question” them about where they were headed. I remember cutting through the alley when we saw a particular cop riding through because he was notorious for provoking people and arresting them. My naivety would suggest “it was always a coincidence that the white cops were patrolling the Black neighborhoods,” but history would prove that not to be the case. Seeing this young man’s picture reminded me of the past I tried to forget about, and I wept for him and all the others whose stories are similar.

I rarely speak on issues that involve Racism publically, but my heart is too heavy to hold it inside of me.  I have been considered a sellout,  as I have sided with the Others instead of my “brother/sister.” I have used my Christianity to keep me from being the Pro Black extremist. I have made every effort to make people feel comfortable in their skin all the while neglecting mine. And today I had to feel my Blackness! I had to wrestle with what it means and what it entails. I had to become reacquainted with the hurt of being in a country that values the life of a dog over yours. I felt the lashes. I heard the chains. I smelled the burning flesh of those before me whose color made them candidates for a hanging. I felt the pressure of the water hoses, and I heard the sounds of the batons on black bodies who would sit in and boycott inequality. I saw the dogs. Now, I hear the shots fired at the unarmed by those who are paid and have sworn to protect us. I see the legislation that is written to keep us prisoner or free our murderer. I read the comments that cowards behind screen names post explaining their disgust with people of color and their desire for our extinction. Today I felt Black and Unarmed.

I wrestled with the idea of allowing hate to consume my heart, but love won possession of it. I considered being bitter, but holding on to the joy of our future was far more appealing. I pondered on revenge, but being spiteful makes for a lousy human being. I thought about being angry, but that does not fix anything. The death of Michael Brown resurrected some feelings about my people and our experience in this country.  This even broke my silence and revealed the deception of the world I created. Truth is Racism is here to stay and being Black will remain a crime in certain places of the United States. We do humanity an injustice when we downplay it and deny its existence. The mature response to Racism is exposing it and loving people beyond it.

This ordeal has made me search my soul and ask God for help so that I do not become guilty of hating someone because of their color or occupation. His story is merely a reminder of how our ancestors came and how we will leave, Black and Unarmed. I can only hope our deaths are not caused by an officer’s bullet. #prayingforAmerica 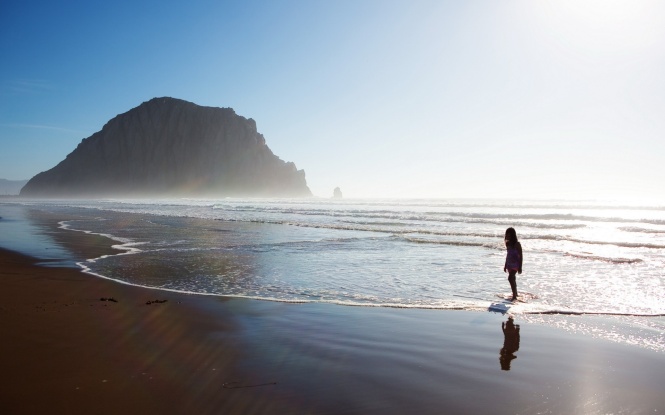 I’m not sure if people desire real love anymore. I think we just want someone around to be an anecdote for our loneliness. So, we compile ludicrous “The Ideal Mate” list to create the person we feel will best assist us in not having those feelings. But there will be a rude awakening, when we discover loneliness will find us again with our “ideal” mate. It is part of the human emotional experience. I strongly believe if we cannot master these feelings as singles, we will be prone to “finding a cure” for it in our marriages. These cures may tame our feelings of loneliness momentarily, but depending on what we choose, they may aid in a divorce at some point.

I have concluded, loneliness is not to be cured but explored. It should be excavated until we discover something new about ourselves. We often look to others to cure us of what appears to be utter darkness inside, but when explored the feelings of loneliness are a guide back inside. Loneliness is simply our inner being/spirit demanding we be to ourselves, to hear ourselves, and learn something new about ourselves. Once the discovery has been made, the “feelings” flee and no outside damage is done. Our moments of feeling alone are actually the times we are most present with ourselves. I reckon we run because we are unable to recognize when our spirits need attention which is ultimately the real issue.