This reflection was written July 8, 2016 in one of my journals. Today I was reminded of it. I was encouraged all over again. I pray it encourages you:

Today I felt led to read the story of Noah (Genesis 7:9-17). While reading, I tried to rush through it assuming I knew everything there was about Noah. The Holy Spirit, said “slow down and read all of it.”  As I started to take my time to read, I recognized the time it took for Noah’s world to return to its regularly scheduled programming (i.e. no animals, no living in an ark, and etc.). It took well over a year for things to return to “normal.” It took 40 days to flood the earth and over a year to restore the land.

As I read this story, I started to see my life. I too have been in an ark, a place of protection during the flood of life.  It is as if all that was good, honest, and true were permitted to remain while every lie, deception, past mistake, and negative mindset were left out of my ark. The world as I knew it was being destroyed around me; and I was forced to be by myself as things from my past were being drowned by the torrential rains of God’s love, truth, forgiveness, and grace. It was cold and dark, but I was never alone. Being in similar situations, I assumed it would not take as long to get out the ark. However almost 7 ½ months later, I am still in the ark. Things are slowly returning to normal, and the sun is starting to shine again. It is not quite time to come out, but I have more hope that the doors will be opening soon.

I must retract my statement about Noah’s life returning to normal. Nothing was normal about Noah’s life after leaving the ark. In the beginning of the story, he had just a piece of land to call his own. Now, he had the world as his possession. He already had authority as the patriarch of his family; but he obtained dominion over the earth upon leaving the ark. His family had been entrusted with replenishing the earth for the glory of God. He went into the ark as a servant, and he left it as a Ruler. He went into the ark following commands, but he left it free to do what his heart desired.  Noah was a completely different man a year or so later after being in the ark. He had become wiser; skilled at taming animals; and a great strategist dealing with the issues that arouse on the ark. Noah’s patience was perfected while waiting to be released from the ark. He became a master at caring for creation. He developed a deeper understanding of God while enduring the flood. Building the ark proved God to be a provider. Living in the ark proved God to be a protector and sustainer of His creation.

Today you may be in what appears to be the greatest storm of your life. Having gone through a few storms, you assumed God would have responded by now. However, you do not know what is being prepared beyond your limited view of the situation. God is developing a place where you can thrive, have dominion, and enjoy His creation. Take a lesson from Noah and wait on God. Allow God to handle what is outside of your power, and you tend to what you can fix. Allow this time to perfect your love and skills. Let the truth of God’s love for you assure you that this time will not last forever.

Noah received new instructions upon leaving the ark, “Be fruitful and multiply. Fill the earth.” (Genesis 9:2) Initially, he was restricted by what could go into the ark. Once Noah was released, he was given permission to produce as much as he could for as long as he could. Authority is given to those who submit themselves to God’s will during the time of a storm. I pray you will be found submitting yourself to God’s will while in your storm. There is something God is working inside of you and outside of the ark. Yield to the process and watch God keep his promise of protection and provision. You’ll be released from the ark at the perfect time. Thanks for reading!-Charity Israel

2 thoughts on “Nuggets from Noah: The Perks of Living in an Ark” 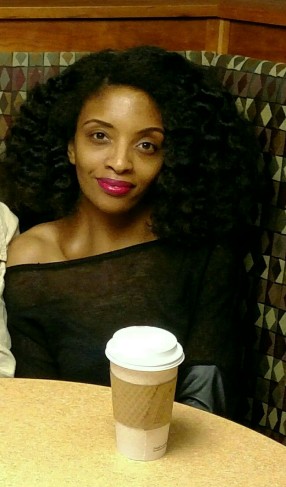